Back To The Future: Entertaining movie, but is it coming true?

We are in a period of relentless uncertainty in farming; starting with climate change and moving right along to ‘alternative’ everything we farm. Traversing environmental tensions, local versus global, animal welfare, demonisation of farmers, how to survive economically as individual farmers, farming corporates and co-operatives.

It’s a hot mess!  With commentators and economists having differing views on the probability and impact, farmers are often working off speculation. For example, alternative proteins - will they replace the majority of meat and milk consumed globally?  Or will they be like kale, soon to be replaced by the next trend? I could find equal numbers of articles that support each side of this debate - not helpful if you want to know if you should be worried or not.

That’s just the thing: we can’t know for certain what the future holds. We can learn from history - no one will forget the impact of synthetics on wool carpets in NZ - and then we can develop solutions to all foreseeable futures. The key is in plurality.   We need to envisage many possible futures before we decide how to take the first steps to navigate into the future.

Take for example the bad rap farmers are getting, not just in NZ but around the globe.  In less than two generations, the persona of a farmer has moved from ‘Fred Dagg’ - stubbies and gumboots, not very articulate, ordinary kiwi bloke, no thought about farming doing anything bad - to a group that’s rich at the expense of the environment, belligerent. How did that happen? We can look back and know that a greater proportion of people now are urban dwellers and have no direct connection to farming.  The internet has given a platform to any voice and our community is exposed to a lot of different perspectives, farming practices are not well differentiated in different countries, intensification has increased the load on the environment leading to consequences unseen by most. Like a kaleidoscope; depending which filters are in place when you look, you see something different.

So the perception of farmers has changed and probably will continue to change. But change to what? And what impact would the change have to our farming businesses? So what are the scenarios?

It could get worse.  Farmers could be treated like drug dealers with the methane production from cows likened to illegal activities and causing massive harm to our community - excluded, not included. That could make it hard to get staff and to feel positive about your work.  But we would still be farming because people need to eat.

Or it could get better. Townies might start driving around in their e-vehicles with ‘I 💗a farmer’ bumper stickers. Another filter on the kaleidoscope might emerge of free-range, low emissions, nutrient dense, wholesome food as a part of an aspirational 2040 lifestyle - crafted by people who are the craft beer brewers types of tomorrow.  Quirky, inventive and business savvy - aspirational people themselves. Staff would be queuing to be part of your business and returns would be higher.

Or it could stay the same. Same very vocal critics who are philosophically opposed to agriculture, modest returns from undifferentiated products, that neither excite nor repulse consumers.  Pragmatically, the silent majority understand there are good and bad farmers just like they are good and bad car dealers, Business as usual.

I can’t say what will happen, but any of these scenarios may come to pass. So I leave you with three questions:

Regen is working alongside farmers to support their businesses to move ahead.  To enable rivers to sparkle and farmers to stand tall. 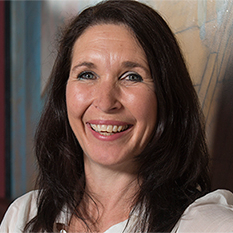